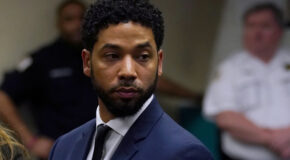 -GoodFellaz TV Staff The GoodFellaz react to former “Empire” actor Jussie Smollett’s conviction for faking a “hate crime” attack and lying to Chicago police  in 2019, during “The Recap” w/ the GoodFellaz Show. Check out