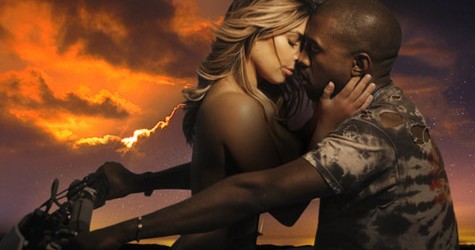 Check out the GoodFellaz TV “New Video of the Week” from Kanye West “Bound 2”. Kanye debuted the new video first on the “Ellen Degeneres” Show; it is the next single off Kanye’s latest album “Yeezus”, and features none other than his fiance and baby-mother Kim Kardashian. During the course of the video, the super-sexy Kim K, who apparently has gotten back into shape since giving birth, appears on a motorcycle topless making out with ‘Ye during their scenes together. Watch the new video below, courtesy of the good folks at #GFTV. What do you guys think? Feelin’ it?