Straight from ComicCon San Diego, check out the latest trailer for the highly anticipated Season 5 of “The Walking Dead” on GoodFellaz TV. Featuring over 3-and-a-half minutes of brand new footage from AMC’s mega-popular TV series, the newest trailer debuted at ComicCon recently, and features some pretty awesome-looking scenes. Check out the trailer below:

Some of the biggest surprises from the new trailer are that at apparently at some point Rick & company end up joining forces with Gareth & Terminus, and-POSSIBLY- the popular ‘TWD’ comic book villain Negan may be introduced this season as well. Maybe.. lol.

If you pay close attention to the scene at the 2:20 mark of the trailer, fan-favorite Glenn (Steven Yeun) appears to be in serious trouble from an unknown man armed with what appears to be a baseball bat, who looks to be about to take a swing at his head. This scene is reminiscent of one of the most iconic, and shocking,  moments from the comic book series, upon which AMC’s  hit show is based.

Written by Robert Kirkman, the villain Negan is the leader of a group called ‘The Saviors’, a gang that uses fear and violence to control other settlements in the Washington, D.C area- where Rick and the group eventually end up- according to the comic book. After a bloody battle between the two groups, Negan captures and then kills Glenn with a barbed-wire-laced baseball bat. However, although the TV series is based on the comic, it does NOT always follow the exact same story-line. For example, popular character Daryl was never even in the comic book series. 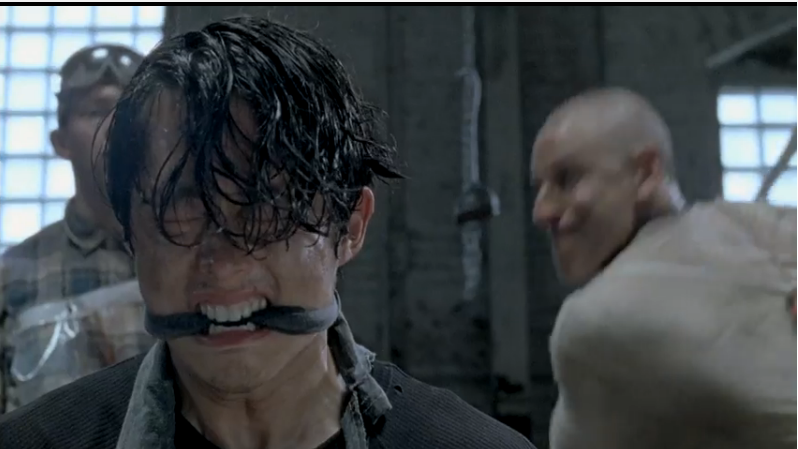 When asked about Negan and Season 5 during ComicCon, producer Scott Gimple had this to say:

“I think you have to go back and see if there was barbed wire around the bat…We can see anything this season. Anything is possible — and good eye.”

“There is at least one big moment this season that takes something from the comic that we blew past a year and a half ago. There are some pieces that are from a long time ago that we never got to that integrate themselves in a story that’s very different. There is some stuff that’s completely and utterly different from the comic — though inspired [by it] — and it circles back to the comic.”

“Season five possibly has more comic book moments than any season has thus far. There’s still a lot of ground to cover. There’s a lot there that we’ll be getting to very quickly and getting to it in interesting, new and different ways where you won’t see it coming.” 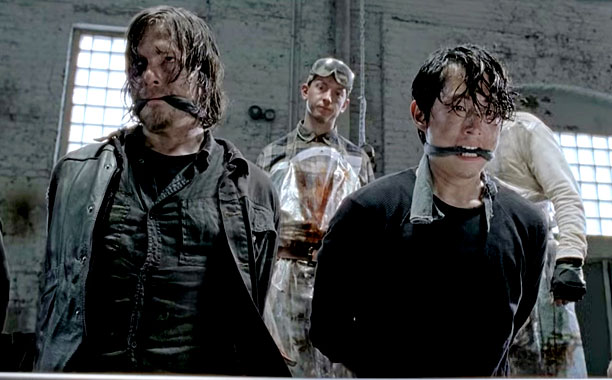 Word-on-the street is that the upcoming Season 5 will stick “pretty close” to the comics. According to Mr. Gimple, the season premiere episode is packed with so much action that it will “melt your brain.”

“The Walking Dead” Season 5 returns Sunday, October 12th at 9 PM on AMC. Stay tuned to GoodFellaz TV for all the latest information and spoilers. 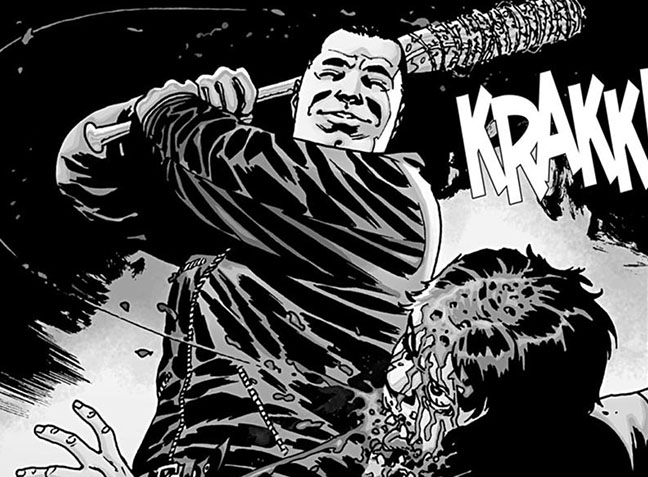