50cent Rushed To The Hospital 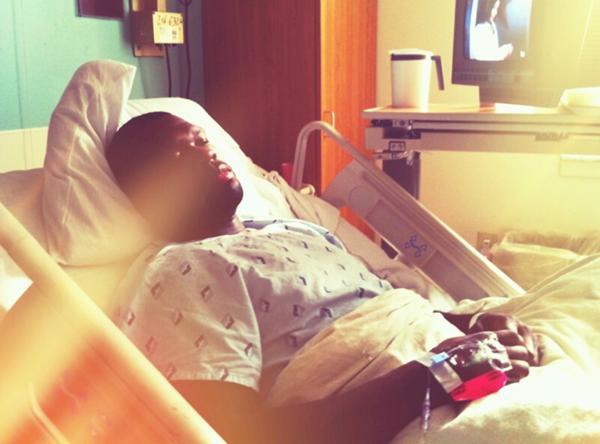 50cent was rushed to the hospital Wednesday evening due to a Stomach Virus.  50 confirmed that he is in the hospital when he tweeted “I’m in the hospital but my gangsta grillz LOST TAPE is done so it will be out on time,”.  There was plenty of speculation on what’s the cause of his ailment , but it was DJ Drama that confirmed it’s a stomach virus when quoted saying “Fif  is suffering from a “stomach virus.”

Drama also was quoted saying “First they wanted to keep it quiet, but he’s not a quiet guy,” said Drama about 50, who is collaborating with Drama to put out his The Lost Tape gangsta grillz mixtape on May 22. “He should be cool. It’s nothing that serious. We still gonna do our promo run stuff [Thursday].”

50 even joked that working hard with Drama caused his ailment, as he tweeted: “Do not do a @djdrama gangsta grillz this is all I get. Ain’t this a b*tch. I give 15 tracks you give me this.”  That tweet was accompanied with a sarcastic pic of 50 once again laying in a hospital bed, but this time  holding three stuffed animals: a giraffe, lion and elephant. (as seen below)  Being in the hospital didn’t slow down 50 one bit, in fact mins after the last tweet holding up the stuff animals 50 tweeted about the track  with Kidd Kidd called, “Niggas Be Schemin.” off the  mixtape  titled The Big 10 . The new mixtape Hosted By DJ Drama The Lost Tape is Due to Drop Tuesday May 22,and  the Mixtape cover was recently released.  (as seen below) 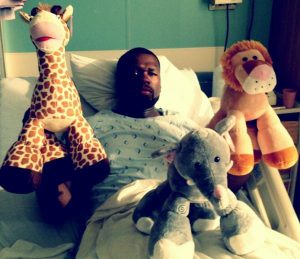 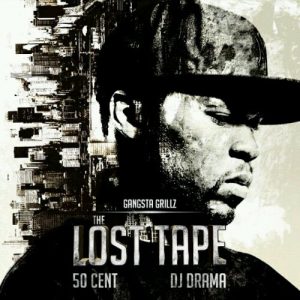