The rumors are FALSE!! Unfortunately… lol

That’s right, the rumors circulating throughout the Internet earlier today surrounding Bow Wow’s supposed departure from popular BET staple ‘106 & Park’ are just that- RUMORS; according to man himself.

According to the website CreamBMP.com (which is known to post ‘fake news-stories’ on their page), Bow Wow was fired and escorted from ‘106 & Park’ after it was ‘discovered’ that the rapper host had charged over $30,000 on his company card to pay his child support. The fake article even had fake quotes from fake employees, like the following excerpt:

He want people to start calling him Bow Wow, but still acting like he got the ‘Lil’ in front of his name” Says one 106 & Park executive who witnessed Bow Wow being escorted off of the B.E.T. property. Bow Wow real name Shad Moss was fired from 106 & Park just hours ago after an accountant discovered he used company funds to pay for his monthly child support to baby mother Joie Chavis.” (Cream BMP)

I don’t care what video vixen he decided to skeet in, B.E.T. money, is B.E.T.’s money” Said Roger Payme a senior accountant speaking on how Bow wow charged over $30,000 in child support to a company card he was issued for wardrobe and travel. “I’m driving a used Honda and his daughter got a toy Bentley for Christmas, ain’t that a b1tch?” B.E.T. plans to air reruns until they find a suitable replacement, but expects no slip in ratings since nobody really watches 106 & Park since AJ & Free left anyway.” (Cream BMP)

Bow Wow later took to Twitter & Instagram to dispel the rumors, claiming he was actually at ‘106 & Park’ as he ‘spoke’. Check out his tweets below: 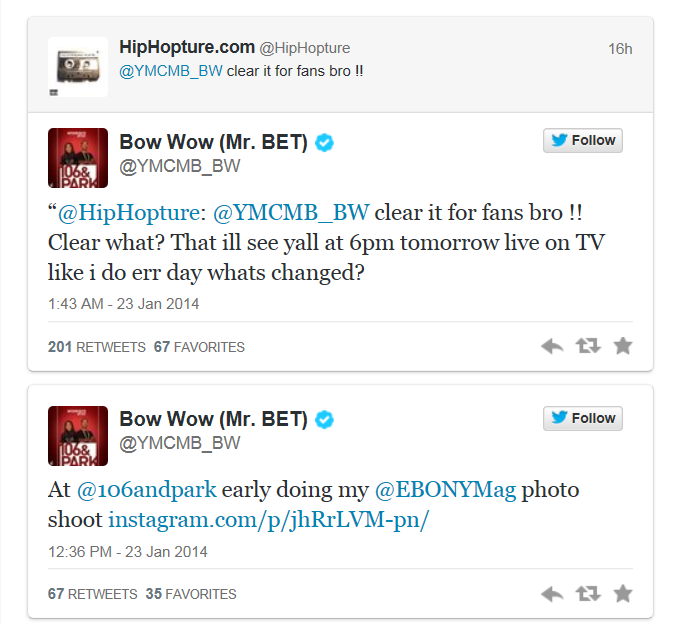 Clearly from the obvious ‘hate’ that was in the fake article, as well as Mr. ‘106 & Park’s’ evidence, it is apparent that it was nothing more than a vicious rumor (Even if it was funny… lol). However more troubling for the YMCMB rapper is that MANY people across the country actually BELIEVED the story. Sadder still, after a scan of my various social-network Timelines & News-feeds, I realized that many of those same mis-informed people thought his ‘firing’ was actually GOOD for the ‘106 & Park’ show. This doesn’t bode well for the once poppin’ rapper and his ambitions to make more music in the future.

Just as sad is the fact that many ‘popular’ Blogs & Websites (and even a few TV shows) were quick to actually post these rumors on their respective pages without even verifying the facts. Where is the journalistic credibility?? Sadly these days, many of these ‘wanna-be’ media-outlets are more interested in being the FIRST to ‘break a story’, and especially a NEGATIVE story, than in the actual FACTS (or lack there-of). Is the ‘media’ so desperate for a story that they are willing to just make one up now?? 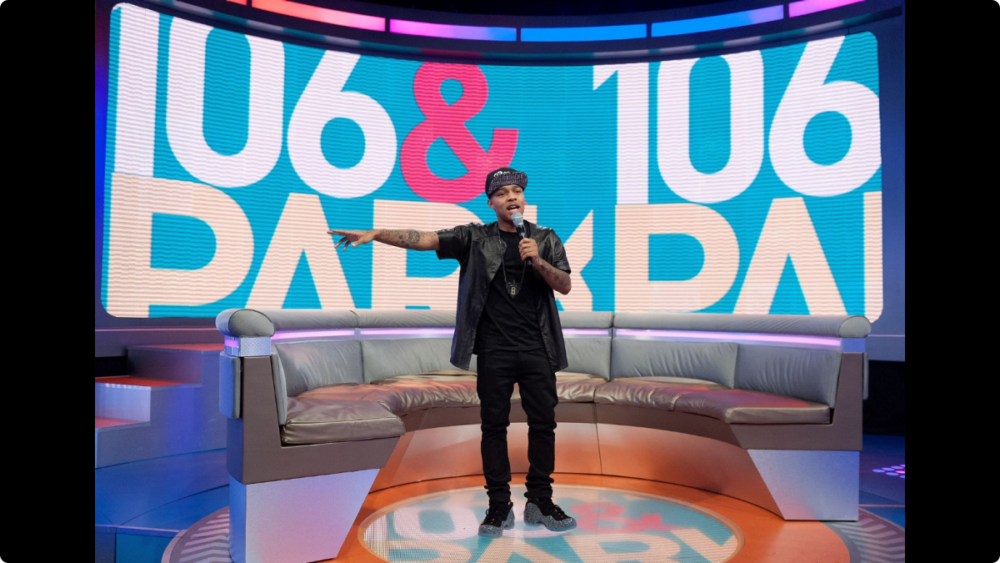