Hip Hop Outlets In 2011: Think Outside the Box

With the Hip Hop Audience aging gracefully, there is a NEED to separate and niche the Hip Hop formats in effort for this culture to continue on a business & marketing standpoint and generating influential marketing dollars. Rock Music has a genre for every era of rock that rock radio stations have formatted based on years or the genre of its content (Hard Rock, Soft, Rock, Contemprary). This allows the audience to enter each genre or era at their own discretion, and subscribe to their favorite artist from the past & present. If a fan’s favorite artist has any new material that will be released or if that artist is coming to a nearby town, that info will be promoted directly to the demographic of target, who are most likely to spend the dollar.

With Hip Hop, if a fan wanted to know if Raekwon is “coming out w/ an album” one will have to turn to outlets that play Rihanna, Chris Brown, & Nicki Minaj. Yes my friends,  “Criminology” & “Incarcerated Scarfaces” alongside “Look at Me Now”, “Whats My Name”, & Moment for Life”. Token “Hip Hop” records like “Monster” by Kanye West are considered aggressive, making them token records that they are like how the Urban format does the Reggae format which politely allows one or two reggae records per summer ever summer to go regional on the format). They are called “token” records due to the fact that rap radio records need to be researched with R&B choruses to cater to that 18-24 Hispanic female.

Too often and too consistent is the Hip Hop fan who says, “I didn’t know such and such has an album dropping” and in turn blame the record company or artist for lack of promotion, when in reality its the lifestyle change of the target audience asking that same question. There is a demand for a media outlet that has a national stage that caters to different era’s and genres of Hip Hop for the audience to subscribe to and enjoy. Rock the Bells has been a successful experiment and continues to be. Lifestyle can be created out of this summer event, where older or seasoned acts can gig directly to their fan base instead of constantly aiming to gain new fans that are programmed to take notice to only what’s right in front of them. Hip Hop on a corporate standpoint caters to Hispanic WOMEN age 18-24. Corporates say males will follow what the females doing so the corporates will just capitalize off male stupidity instead of male identity, males influential marketing dollar, and lifestyle.

If Hip Hop doesn’t separate the audiences, the market is going to expect Kool G. Rap to do Justin Beiber numbers every time   drops an album. You will deny your self the music Duck Down is putting out because Young Money is the militia. Lil Kim’s whole career may be erased in memory due to Nicki Minaj’s stardom today. And if Lil B is the success that he is marketted to be, who’s gonna really appreciate that Nas wrote NY State of Mind at 17 years of age and released when he was 20 years old, the age of Soulja Boy today.  Separate the Audiences, Create New Formats, Niche Your Market, Increase Your Exposure…. #WHOOOOSHOUSE 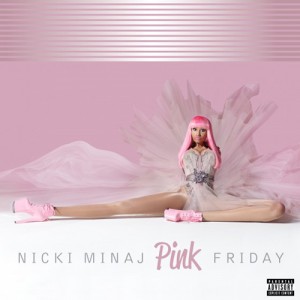 Dave House is currently writing his first Book “Street Rulez In the Office”. Coming Soon to Book Stores Near You