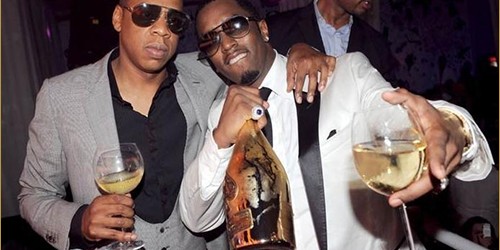 Forbes Magazine just released its annual ‘Forbes Five’ list showcasing Hip Hop’s wealthiest artists, and this year there was a lot of movement. After 7 years of being #2 behind Sean “P. Diddy” Combs, Jay-Z has finally claimed the #1 spot, with a net worth of over $900 million. In 2017 Jigga “kept the registers ringin'” with an impressive $90 million increase in his bank account, due to several profitable ventures including his Armand de Brignac and D’Usse liquor investments, along with his stake in Roc Nation and Tidal as well.

Coming in at #2 (for the first time), Diddy fell back a spot in the race to a billion, however his estimated $825 million net worth and various ventures including Bad Bay & Ciroc made sure he wasn’t far behind. And just in case you forgot about him, lol, Dr. Dre came in at #3 with $770 million, due to his impressive musical catalog and lucrative investments with Beats by Dre & Apple Music.

After some movement at the bottom of the list since last year, the legendary Eminem is also back on the Forbes list after a 4 year drought. Eminem, who dropped a new album last year and went on tour generating some serious money, is tied with Drake at $100 million for the final spot on the list.