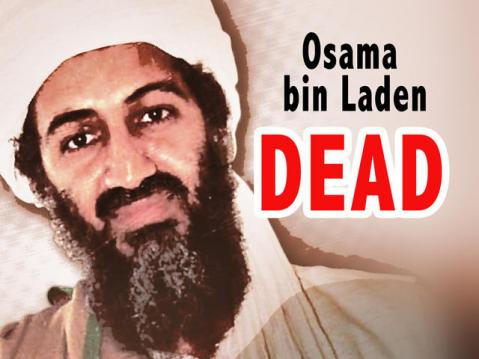 Osama bin Laden, figure-head of the al-Qaida terrorist organization the mastermind of the infamous Sept. 11 terror attacks, was finally located and killed in his mansion hideout in Pakistan Sunday in a gun battle with U.S. troops.

After over 10 years of searching for the elusive Osama bin Laden, President Barack Obama was finally able to utter the phrase “Justice has been done,” during his White House announcement later that evening. After the news broke, crowds of thousands of people gathered outside the White House and at Ground Zero in NYC to celebrate, many singing and waving American flags.

According to U.S. officials, the CIA was able to track bin Laden’s location, after which troops from the elite counter-terrorism unit Navy SEAL Team Six, engaged in a firefight with bin Laden and his supporters, eventually leading to the al-Quaida leader getting shot in the head. The U.S. team later took custody of bin Laden’s body for identification purposes.

President Obama gave the order for the operation after receiving intelligence confirming Osama bin Laden’s presence in the Pakistani mansion he was hiding in. The events of the evening brought a dramatic end to the world’s most widely-watched manhunt initiated after the infamous Sept. 11 attacks on the World Trade Centers and Pentagon that killed almost 3,000 people.