An Ecclectic Perspective on: “Gravity”

I apologize first off for not having the time to do a VLOG. I’ve gotten good feedback on the few that I’ve done and I’m going to try to get back to doing those when time permits. Especially for big movies such as this where it’s easier to describe myself in person, rather than through text. Anyway, thanks for the support; and nowon with the review. 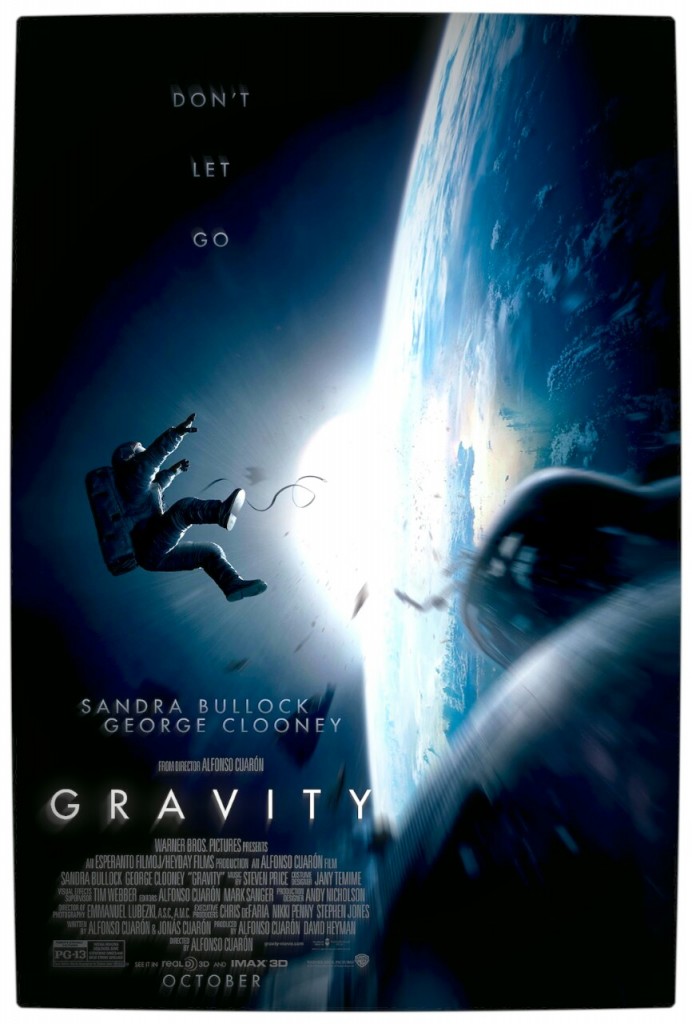 So, “Gravity”, is just different. Within the first 15 minutes of the movie you know that you’re watching something special and epic. It was very refreshing, considering a lot of movies today are very formulaic and unoriginal. I was drawn in from the very first scene, largely because the 3D effects in this movie are fantastic. This movie can’t be fully appreciated unless seen in an IMAX 3D theater. This is one of the rare occasions when the extra money is worth it, because “Gravity” in IMAX 3D is an experience. It takes full advantage of every aspect that makes a 3D movie worth while, and reminds us why this format can be an excellent tool for storytelling.

The movie is directed by Alfonso Cuaron (Children of Men, Harry Potter: Azkaban, Great Expectations) and stars Sandra Bullock and George Clooney as astronauts trying to survive the hazards of space after a satellite repair mission goes terribly wrong. The movie, while having a decent amount of dialogue, is very introspective in nature. It’s along the lines of “Cast Away” starring Tom Hanks, with more action and better 3rd effects. The actors do an excellent job of pulling you into the fear, confusion and utter helplessness of their situation; you can imagine what it would feel like to be a real person in their shoes and stranded in space.

Many of us couldn’t even imagine being in space, let alone being stranded or lost in space. The idea alone is terrifying, considering that fact that you could literally just float on forever since the universe is endless. The 3D just makes it that much more claustrophobic and urgent. There were moments where I held my breath as if I was actually watching real people, and wondering to myself whether this was going to be the end for them. I mean there is a scene where Sandra Bullock is spinning out of control in space and the 3D literally made me feel like I was inside the suit, lol. I actually started to feel a little dizzy myself, granted I suffer from mild motion-sickness, so there’s a slight warning for those who don’t do well in that area.

The movie was beautifully shot, and what else can I say about Cuaron and his 15 minute long takes man?? lol.. There’s just something about them that makes things seem so darn tense. The way they did the ‘anti-gravity’ effects was ridiculously good and felt so real. When I tell you, I felt like I was in space, I felt like I was in freaking space, lol. The whole movie just had an epic feel to it unlike anything I have seen before and the soundtrack perfectly sealed in the tense and reflective moments.

I can’t front I slept on this movie at first because I had no idea what to expect. I thought it was going to be “Open Water” in space without the sharks, but I was wrong. It was a well thought out and executed film worthy of the praise that it’s been given across the board by so many publications. If you get a chance you should definitely see this movie. Just do me a favor: Please, Please, PLEASE, do it justice and see it in Imax.

So here it is, my total rating score for “Gravity” is: