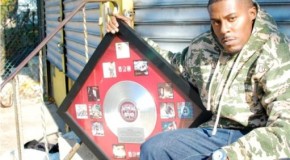 admin March 10, 2013 Comments Off on Soundscan Charts Breakdown Report By DaveHouse For The Week Of 3/5/13

This weeks Soundscan, a lot of nostalgic titles have resurfaced to compete with today’s newest titles. CD’s are becoming a collectible item for music enthusiasts while today’s music consumer is purchasing through iTunes and

– Chart Analysis by DaveHouse Overall: Holidays are now over, gift cards have been redeemed & more nostalgic titles are dominate the top top 200 over current releases. Will 2013 be the year that

– SoundScan Breakdown By Dave House With Black Friday giving retail an estimated 5.9 million in sales, a good percentage went toward entertainment where mostly every title on the chart had more than a

What Are The Hottest Records In The Country? Check Out The #Mediabase Report With DaveHouse

admin October 22, 2012 Comments Off on What Are The Hottest Records In The Country? Check Out The #Mediabase Report With DaveHouse

– Reported by DaveHouse Here is your Mediabase Monday Report for 10-12-12, as we break down the hottest records in the country. Who’s got the most played songs on Radio?? What records are on

Preserve Our History, OR ELSE: “Hip-Hop Industry 101” W/ Dave House

– Editorial written by Dave House I originally had another topic at hand to cover, but because of the untimely death of Don Cornelius this week, I had to dedicate this article to preserving