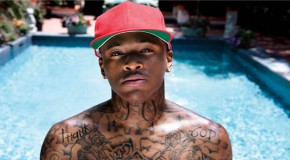 – Written by Tommy Gunz (@DJTommyGunzNJ) My Hitta, My Hitta! YG continues the recent West Coast Rap resurgence with a strong showing on the charts, debuting at #2 on Billboard with 59,703 albums sold

– SoundScan Breakdown By Dave House With Black Friday giving retail an estimated 5.9 million in sales, a good percentage went toward entertainment where mostly every title on the chart had more than a