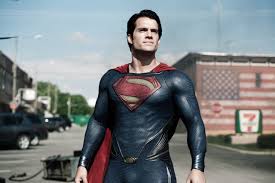 Christopher Nolan brings one of summer’s most anticipated film’s Man of Steel. This is staring Henry Cavill, Michael Shannon, Amy Adams, Diane Lane, and Russell Crowe. We all know the story of Superman. His parents sent him from a dying planet. He grew up being different and coming to terms with his special abilities. First of all, let’s talk about Henry Cavill’s swollness of his muscles. He embodies exactly what you would think Superman would look like. Christopher Nolan decided to make this real. There’s a feeling that if Superman really exists, it would be more like this. It does deviate from the comic, but gives a more realistic view. Also there was so much action, unlike the Superman Returns mistake that disappointed so many us that sport our Superman shirts. So when it comes to whether you should see it or screw it, see it.